2021 Beer52 and other subscription sites

Looks like you were lucky in the “fake brewery lottery” !

Beer52"s latwst advert did not go down well amongst bottle shops. They had to withdraw it amd apologise.

All gone quiet on here. I will have two boxes waiting for me once we get to the UK, anything to look forward too?

I’ve paused mine for the first time in 4 years & I’m going to cancel within the month when I can be bothered to ring up.

I’m going to give Clapton Craft sub a try.

Can this thread not die?

Sometimes when I have a wank I also have a little cry. I imagine that’s the same as receiving another box from Beer 52.

My Manchester box dispatched today. I’ve hardly started the last one I got (two months ago) yet

My monthly set from Brewser. This time Three Hills. 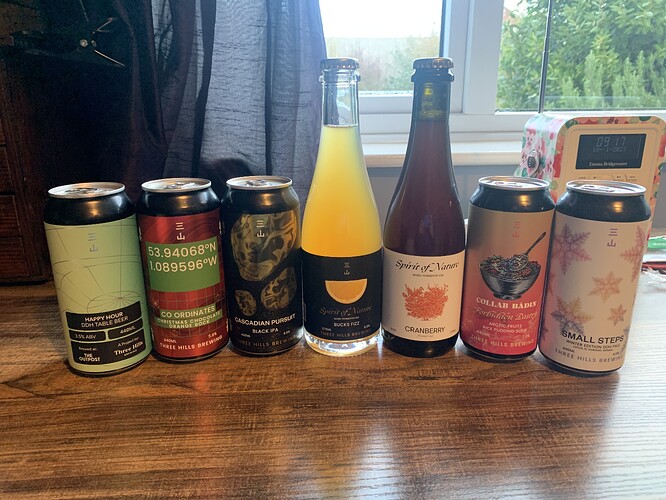 Well my Manchester box arrived today. Unfortunately it’s easily the worst box I’ve ever had. No fewer than three beers (out of 8) are from fake breweries and are actually brewed in Aberdeen (Fierce) ! There is also one beer from Cheshire (Redwillow). Am strongly tempted to resign, I shall certainly complain

Just go to the likes of HOTM and pick your own beers !!!

What’s an internet forum for, if not complaining ?!

So what do they call these fake beers?

Do they make up some Manchester sounding name?

Fierce do (did) have a bar in the Northern Quarter? Tentative at best

In the last box there were three beers “from Chile” brewed in Aberdeen.

I started the Brewser box about 5 months ago with intention of cancelling Beer52 but hung in for no particular reason.

I buy quite a bit from HOTM but I couldn’t find a sub on their site,

“Restore our Earth” is the next from B52, I’m told. Looks like a repeat of their charity box from last year.

Current Ferment magazine says the next box is Spain

This is from the “my subscription” page on the website - I think my sub is towards the bottom of the distribution list though, so most will already have “Restore our Earth” and those at the top of the list will be about to get Spain.

They have told me I’m getting Double Dutch very soon.

My December and January boxes are waiting for me with my dog Bertie, we travel down later today to pick them up.

I only got to see what’s in “Restore our Earrth” when I got the “we’ve shipped your box” email, and I’m annoyed. At least 4 of the 10 in the pic are ones I’ve already had, I think they may all be duplicates in fact, but I only get 1 case in 3 so can’t confirm it.

OK, I am happy with the three boxes I now have, pictures below, even if the first one is a bit of a mish-mash. 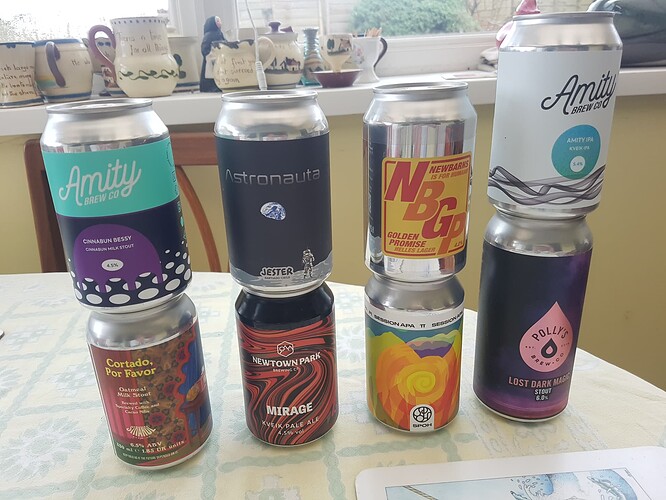 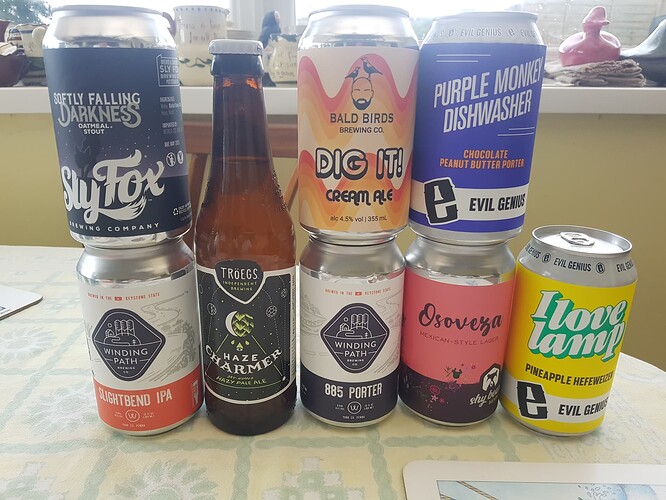 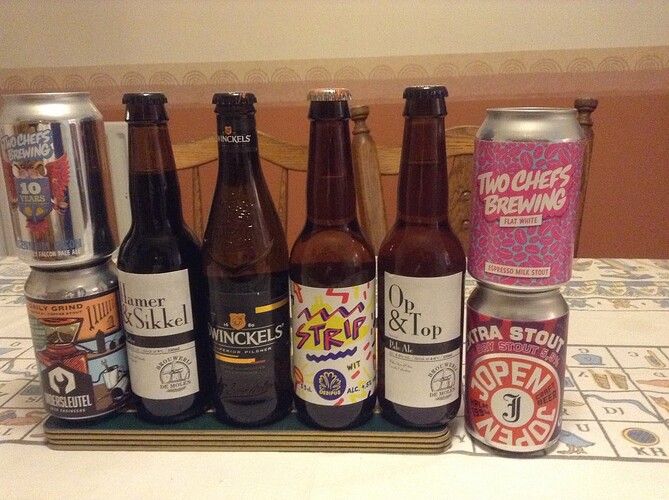