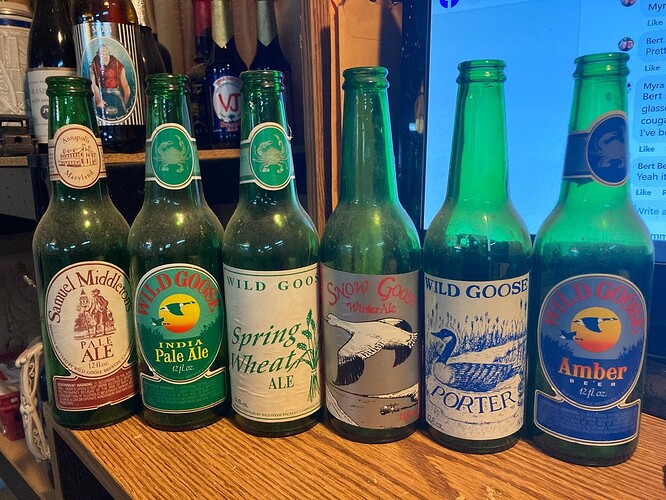 I’ll bet! MD. beers my friend! Wild Goose is still in business I think? These are leftovers from the original brewery. I save so much junk.

I did not, but the bottle is very familiar as it was on an old brewery map my father bought years ago.

I remember, I had a bunch of those beers around the time they were purchased by Flying Dog. Labels were similar, but I think they were all brown bottles, though my memory is really fuzzy at this point.

I’m an old geezer from PA and can’t remember any of those. Maybe its because I’m from far western PA?

Probably. Wasn’t a lot of distro back then.

I wasn’t in the DC area yet back then.

I thought the Middleton’s looked like something I drank in the early/mid 80s when visiting DC.
Were they around then?

Wild Goose Porter and Stout were rather excellent beers. That Porter label is before my time. I started getting their stuff around when I was 20, in 1998/1999. I have trouble believing that the current operators could crank out the same product. I’d take Blue Ridge/Wild Goose/Brimstone over Flying Dog any day. I had never even heard of Samuel Middletons…clearly cashing in on the Samuel craze…did they have a spot in Annapolis ever or just contract brewed?

Yes! Was a long time ago. Back then they were exciting beers! Of course my palate was different then also. Not sure how they would rank in tadays craft beer world but back then they were cutting edge local beers.
Agreed about choosing them over FD stuffs. I know FD owned the name for a short time but I don’t think they ever brewed any of them??
After another ownership or two they’re being brewed once again, though fairly limited and not up to their original status. Living off the originals status and only the IPA and Snow Goose have reappeared to my knowledge. Claims were made that they would never be as good as the original due to the first WG brewings water was a hint salty due to their being brewed on the eastern shore. IDK but they were popular at my house!
The Samuel Middletons was contract brewed bu them for a popular Inn in Annapolis. I think it’s still in business but no longer serving it of course.

Damn, I’ve had two different vintages. One was an infected beer that turned into an amazing Flemish Ale. The other one was a decade old uninfected bottle that was also very good. 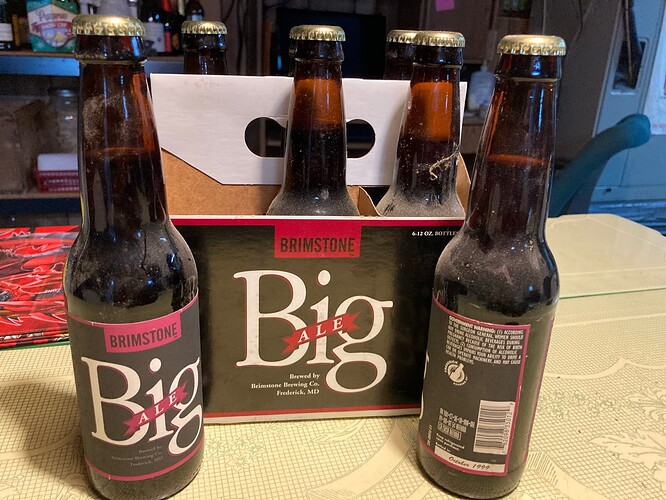 More old beer bottles but with beer in them. Can’t imagine.