Hey,
I’ll be in Baku (Azerbaijan) in mid-october and will be happy if someone has tips on Bottle-shops or Craftbeer-bars.
And if someone from RB lives there and is up for a trade even better

Thanks for your input and infos

"Crime levels in Baku are generally low, but muggings do occur from time to time after dark in the centre of town around the western bars and clubs and near dimly lit entrances of private apartments. Take sensible precautions: be vigilant, avoid carrying large sums of money and don’t walk alone at night. Try to arrange to be picked up or dropped off as close to your hotel or apartment entrance as possible by a private/company driver, or a known taxi firm.

You can report a crime at any local police station or by telephoning the police on 102. English speaking staff are available on the telephone, but when reporting a crime at a police station take someone with you who can interpret. Don’t sign any documents you don’t understand.

Corruption is an everyday aspect of life in Azerbaijan. You should avoid paying bribes." 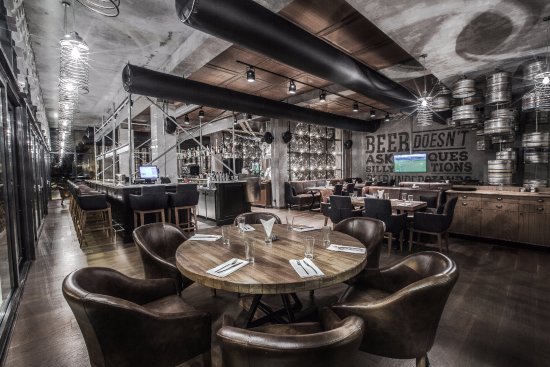 I was in Baku a year ago. I doubt anything has changed since then.

No bottle shops. No craft places in the usual sense (i.e. no IPAs, most experimental style is Hefeweizen or Amber Lager). It is a majority Muslim nation, so this shouldn’t come as a surprise.

There are around five brewpubs. I visited three of them, but can only recommend two:
Beerbaşa and Mala Praga.

I’d fixed the Places list at some point for it, but should probably look at it again and maybe add some stuff if I find reliable info.