I guess no one started this thread yet 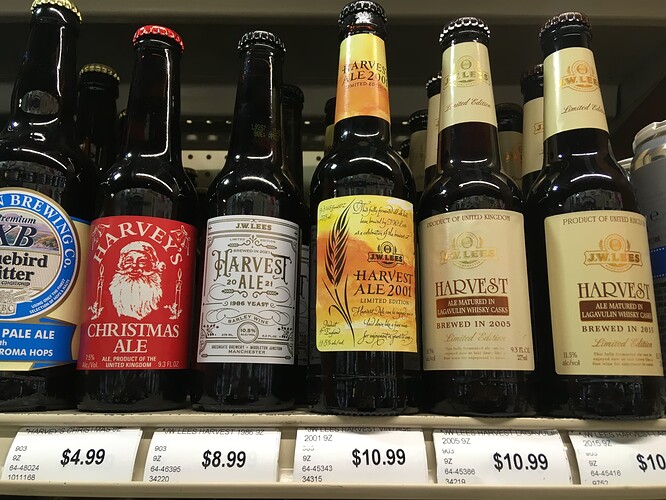 I’m going to pick up this new one with the old yeast.

I may try to attend the below event 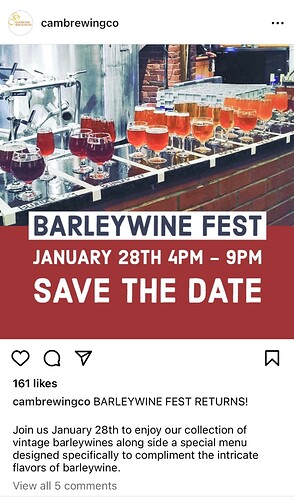 Maybe I should take a trip to Boston.

I’ve not done a barleywine festival since 2010

I’ll start this party. Also I’ll try and pick up a few more over course of month. This via trade lots of vanilla and whisky barrel 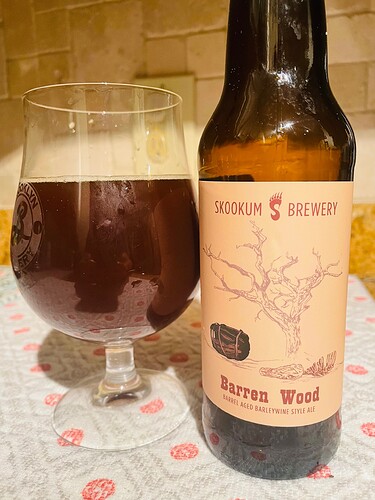 Had this last night: 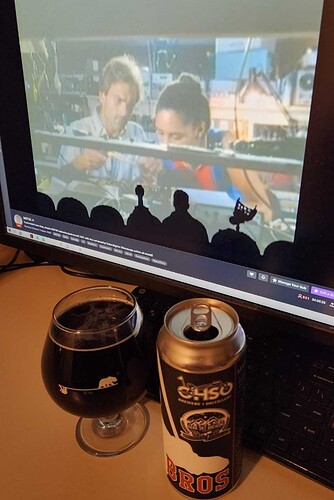 Only ever had one barleywine in my life, that was back in 2015 at a beer festival, and it tasted like sherry - will likely not be sharing anything this month (coupled to the fact I’m doing ‘very slightly moist’ January).

Had this one tonight. Beer of the year so far…… 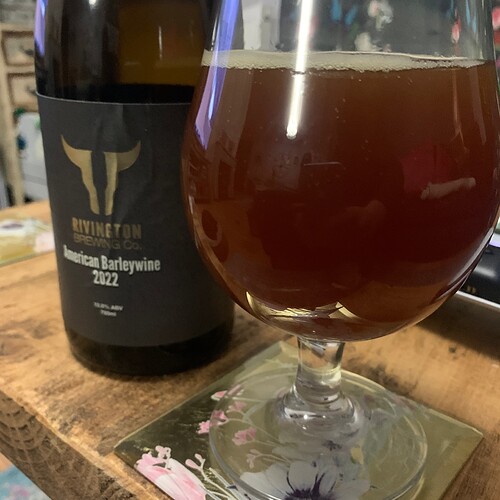 I have one or two that I’ll break out in the next week or so, it got warm again here and I didn’t really feel like breaking into any.

Speaking of barleywine, here’s a pic of a local festival I really miss. It was close enough that I could have walked home to my current home, if I was capable of walking. Unfortunately the brewery closed not long after I moved in. 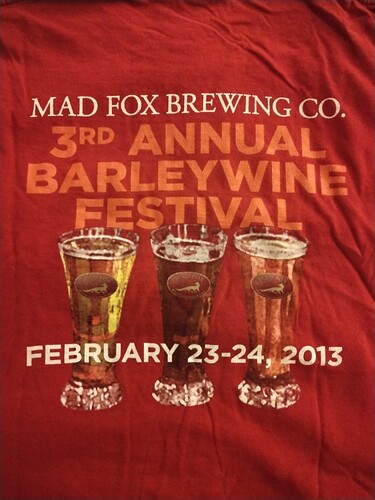 Rivington are definitely up there for me, easily in my top 10 UK breweries and always an easy choice when I see them on draft. Not surprised they can whack out a top drawer barley wine.

Tried a few over the Winter, and brewed an American barley wine to give to customers and friends which I was really happy with. While brewing we shared a 2014 Siren Maiden which was bang on what we were aiming for in terms of the harmonious deep dark fruity barley wine which I think we achieved. So glad I have another bottle aging. 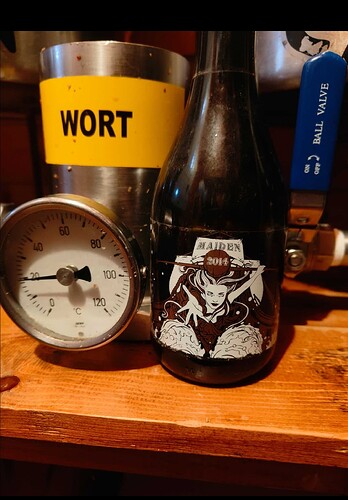 Had one from Otherworld recently “Caroni” which was cracking. Aged in rum barrels and producing a lot of interesting sweet swirls, exactly the kind of barley wine I’m into.

While I had it last month, I’d like to share that a few of us (@nimbleprop and @solidfunk) cracked into a 2002 vintage of Stone Old Guardian Barley Wine and it actually held up pretty well, shockingly better than I figured it would be. 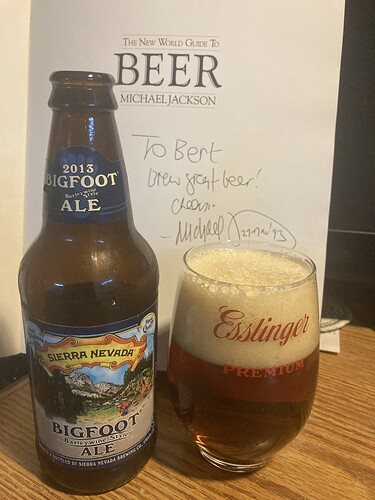 Shadow of its former self but an okay drank I guess. BIL! 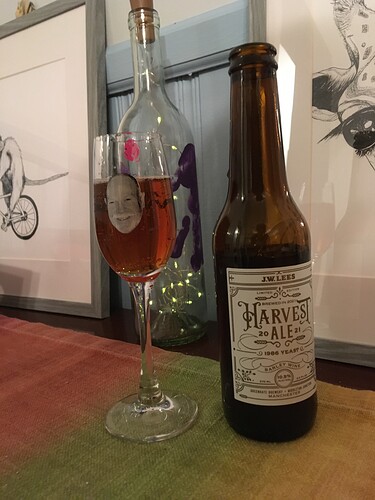 This may be the best Harvest Ale version I’ve ever had.

Perhaps a touch too much age here but pleasant none the less. 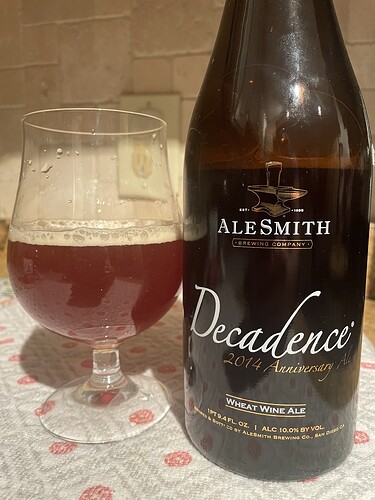 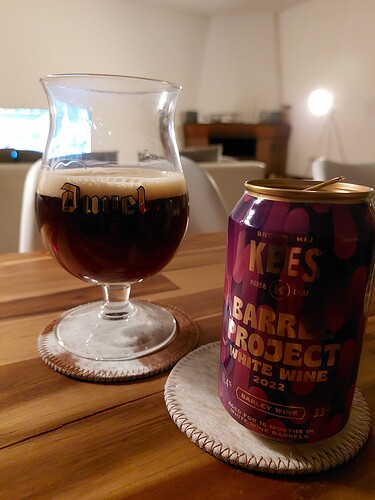 Sauternes BA Barley Wine from one of my favourite brewers. Super rich and sweet, love it. The base beer is one of the tastiest Barley Wines I know, this variant is one of the best so far imho. 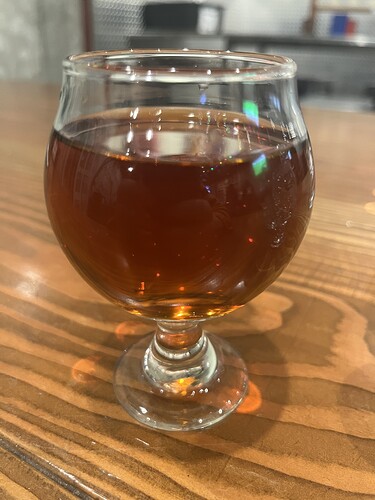 Not my first barley wine of the month, but the first I took a picture of. Big Alice Valley of Ashes, bourbon barrel aged. Not the best

That’s redundant knew when you said Big Alice it would be great. One of few brewers I ever wrote off to never try again

I had a coconut stout there that was pretty good but also an apricot farmhouse that was like estery metal. Very “hit” and miss