Future Brew have changed their name to Immediate. They don’t mention the old name on their website but old posts on their Facebook page still have photos of the Future Brew brews.

At Immediate we brew truly sustainable, carbon negative beer. With every beer can that we sell we take 100gr of CO2 from the atmosphere.

Also now have a different address:

They are selling a Pale Ale that differs from the two old FB beers so suggest they could be retired?

I’ll be ordering that at some point.

This should be a microbrewery, added wrong, sorry:

No worries, fixed, went to fix a couple of places around it… and then I ended up in a MT rabbit hole somehow.

Looks like someone left their caps on when adding a bunch of beers at this brewery. Not a huge deal, but if anyone is feeling in the go-getter mood…

A year late to this one, but Stone & Wood sold out to Lion/ Kirin a year ago. They - through their Fermentum group - also owned Two Birds, Fixation and maybe some others like Forest for the Trees.

Yeah, not pretty. Have to feel for Two Birds and Fixation, who went under the Fermentum umbrella and ended up elsewhere without a paddle. I believe Tom from Fixation left Mountain Goat because they sold out. And now what?

Not sure I’m really allowed to give a professional opinion on this, but really: don’t kid yourself you can be medium sized (or growth-driven for very long) in the beer industry. You really can’t.

Nomadic have snuffed it. @NomadicBeers
Some news from us. For those who use a screen reader please head over to our Facebook or Instagram accounts. https://t.co/h9Yt8z3DR2 I think it's fair to say it's been a bit of a rocky road for us the last couple of years. We took on each obstacle thrown at us head first and we have always overcome them. However, this latest challenge is one that is proving too much...

These two breweries have closed: Big Ridge Brewing Co. shuts down suddenly after 23 years of beers - The...

It's the second brewery in the region to close up in the last few weeks. The landlord says the notice of civil claim filed by the brewery’s owner has no merit As Lonsdale Quay’s Green Leaf Brewing suddenly shut its doors at the end of August, its owner is claiming that decision wasn’t his choice. […]

Jeffersons should be closed at the end of the month, they will still be around and have releases.

And they say they will be brewing for summer events. Hm.

@DeanF - closed the breweries and the related places.

This lot appear to have ceased to exist mid 2021. No updates on social media and their mailorder website no longer exists. People complaining in mid 2021 that they ordered the mystery beer box and received 10 cans of the same own brand beer.

I just added this brewery:

Already it’s been marked as Out of business, and the one beer I added as Retired - not sure why, their socials indicate they are still active, the most recent Facebook post was in August, and says:

"We’ve been a bit quiet on the socials recently…been mega busy with events,weddings and festivals.

Also working on a brand new recipe that we’re brewing next week!!"

@imdownthepub can you please advise?

I went by this. OVER BITE BREWERY LTD overview - Find and update company information - GOV.UK

Not sure why there is a sudden movement on the brewery now unless the receivers are shifting stock. Something we will have to keep a eye on. 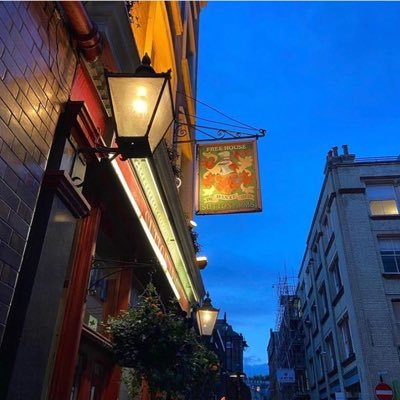 And then realised it’s on here as Culeaze Lodge so can the one I added please be deleted.

I guess the Culeaze Lodge link may have been more obvious in the past but they just seem to be called Lulworth Skipper Cider now, as per their website.