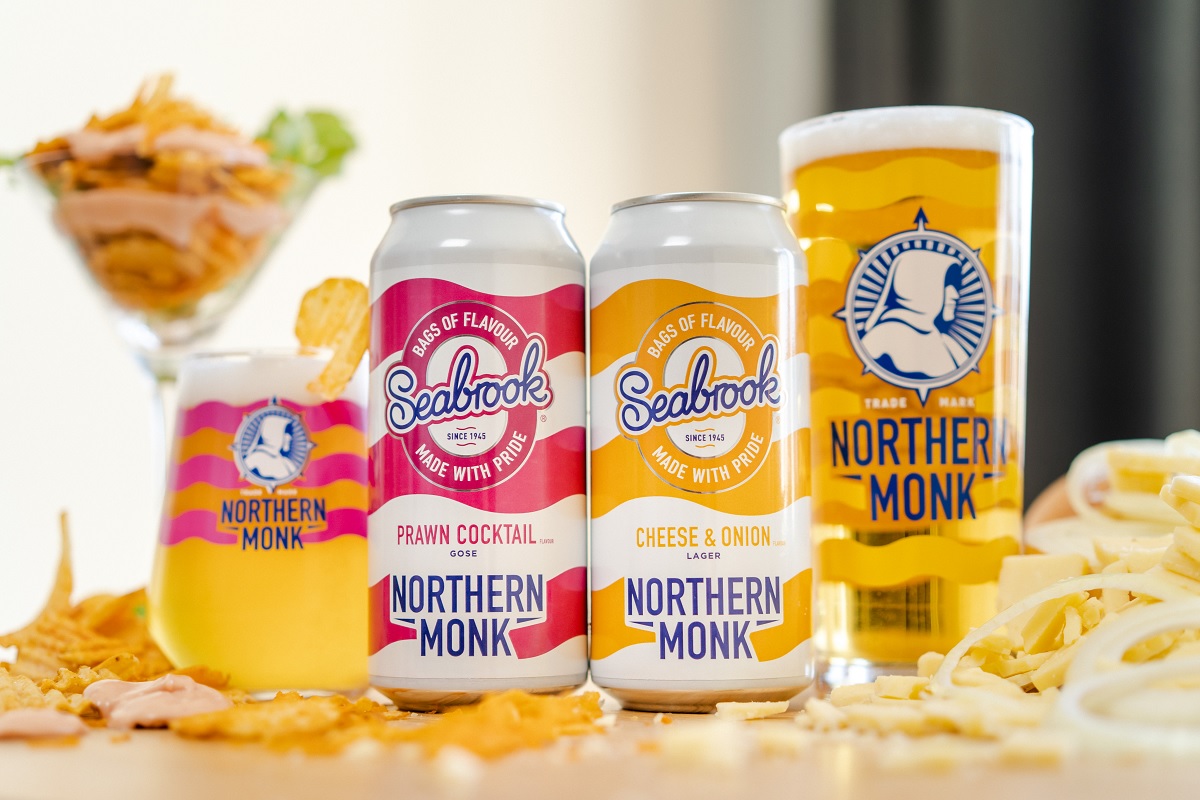 SEABROOK have teamed up with Northern Monk to brew the world’s first crisp-flavoured beers.

Another couple of ticks, but surely this is just wrong wrong wrong!!! Was an April Fool’s Day double bluff, they’ve actually gone and done it …

Called it. They did the same last year with their Aunt Bessie collab which was originally an April Fools gag. The cynic in me thinks they had that one planned all along. This one, I’d say definitely.

I love both flavours of crisps but I really don’t think I want my beer tasting like that. I’ll be avoiding both.

They sound delicious, I am in!

If anyone does Frazzles flavoured beer I am in.

Cheesy Wotsits for me please!

I tried Northern Monk’s Henderson’s Relish beer and was pretty keen on it. I think they also did a roast dinner beer a year or so ago.

Thing is, Northern Monk are easily one of the five best breweries in the UK so if anyone can pull it off, they can. I’m just glad it’s not Theakston’s trying this.

I prefer beer that tastes both dark and crisp, with a hint of cold flavor as well.

I like it light and crisp as well as dark. Sometimes a little warmer than cold is better with old euro brews.

I am down with it. I think the extra carbonation, gives it the illusion of being slightly stronger in my opinion.

Crisp is a sensation, not a flavor.
Reminds me of the asinine “coldest tasting beer in America” or some bullshit ad from a few years ago.

I think they mean potato chips…

No, we mean crisps.

This really should be in the UK forum…

Apologies if it’s in the wrong place, but pretty sure it’s a beer that can be ordered worldwide? And apologies for the use of the word crisp, and confusing some people - despite crisp being a word for a potato-based snack for decades in certain parts of the world

No need to apologise (yes, not “apologize”). I’m from the UK. I understood.

Duh…
My apologies, they do call chips crisps in other countries.
I obviously did not read the entire thread.
Very sorry for the dissonance I ignorantly created.

@malvrich, I caused some confusion in San Francisco on one of my first visits to the US. I asked for crisps at a bar counter and although the packets were right behind the server she hadn’t a clue what I actually wanted until I remembered that American isn’t really English at all.

Same bar and young lady didn’t understand my second beer order either: Black board said there was a ZIST Amendment beer, but it was a poorly written and was in fact a 21st Amendment beer. Think she was pleased when I left!