I’ve got hold of these three beers from a Delhaze Supermarket. Any help identifying them would be most appreciated. 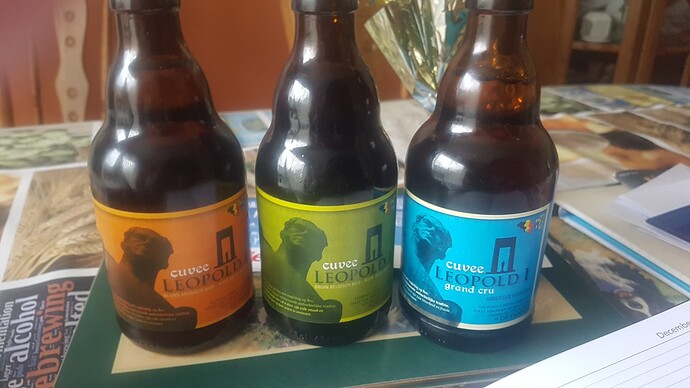 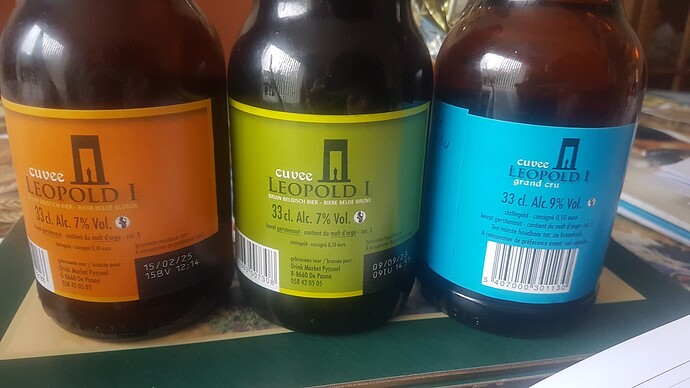 The blue (Grand Cru is really this https://www.ratebeer.com/beer/augustijn-grand-cru/3960/ apparently).

According to Belgische bieren en brouwerijen: uitgebreide database all three would be brewed by De Proefbrouwerij Lochristi.
But according to the (light) differences between the labels of the Grand Cru and the Bruin and Blond and the fact that the labels of the Bruin and Blond are exactly the same, I believe that the Bruin and Blond are brewed in the same brewery and the Grand Cru is brewed in another brewery (most probably Van Steenberge indeed).
The assumption that the Blond and Bruin are brewed by De Proefbrouwerij is being supported by the fact that this brewery also uses the same kind of bottles and according to Un**pp* there are somemore 7% Blond ‘label beers’ of this brewery.
So I’m not sure but Grand Cru = Van Steenberge and Blond + Bruin = De Proefbrouwerij Loch Christi is my best guess.

Thank you @EvNa, I had come to the same conclusion about De Proefbrouwerji and the Blond and Bruin.

I will have a good look at De Proefbrouwerji beers and either add two new ones, or alias them to another beer.