I’ve never been, never will now! According to the BBC article, it will re-open soon under new management, so you should be fine: 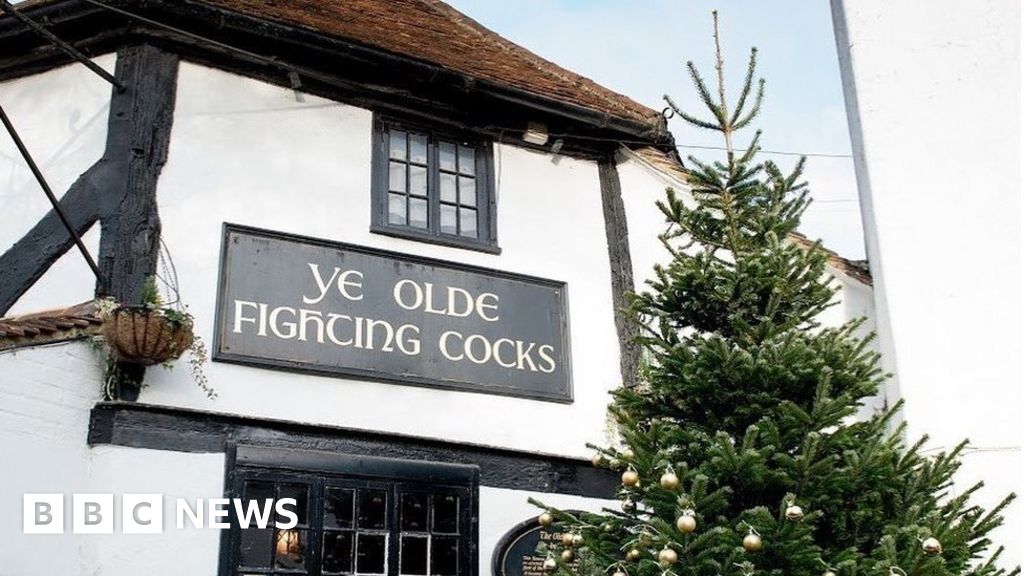 The landlord of Ye Olde Fighting Cocks in St Albans will "walk away", but says the pub will re-open.

Really sad that it was easier to survive ww2 over covid restrictions. That’s just boggling.

Always thought ‘Ye Olde Trip To Jerusalem’, or whatever it’s called, in Nottngham was the oldest pub in England - you learn something new every day

when they say ‘oldest pub’ the buildings are usually nowhere near as old, it just means there’s been a pub/inn on the site. There’s several pubs that claim to be England’s oldest

This pub does have a cave as part of the pub, so structurally it might be the oldest.

The Royal Standard of England near Beaconsfield is another claimant to the oldest pub… nicer place than the St Albans one too, in my opinion.

Never had the chance to go to the Nottingham one yet, will hopefully make it there one day. Would also like to visit the highest one (the Tan Hill Inn).

Like others have said it is just closing temporarily and will likely open under new management.

I haven’t been since around 2000 or 2001 and wasn’t all that impressed but id be happy to give it another go!

Never had the chance to go to the Nottingham one yet,

There are three Nottingham ones which claim to be the oldest apparently. Ive quite enjoyed previous trips to Ye Olde Trip. Despite it being a GK pub and a tourist trap the beer is decent.

Ye olde trip claims to be oldest Inn, not oldest pub, which is claimed by many. And the word ‘pub’ doesn’t refer to the building but to ‘a pub’ of varying form being in that spot, even if the building has been knocked down or rebuilt numerous times. All about the semantics for these titles. The longest continually operated pub is probably worth more praise.

Its like Three Tuns taking the oldest brewery in England claim, when it is the brewery with the oldest licence, issued in 16th century, and had stopped operating numerous times for many years, in different buildings, before the licence was resurrected by various people.

The longest continually operated pub is probably worth more praise.

Is it known which pub claims this title?

Amazingly, there are a few places in Ireland that claim to be older. Sean’s Bar is supposedly from the year 900. As an Irishman, I’d wager the chances that this is bullshit is decent.

Sean's Bar is a pub in Athlone, Ireland, notable for its reputed establishment in 900AD, and claim to being the oldest extant bar in both Ireland and Europe. Other architectural and archaeological records, including the Record of Monuments and Places and the National Inventory of Architectural Heritage, date the building to the 17th or 18th century. Archaeological research, conducted by the National Museum of Ireland, indicates that a pub may have been operating on the site for at least a mill...