Have you got a Google RB presence

My Daughter was doing some homework that involved google and looked up me, which reminded me that the Top Search on my Name is A RB thread.

Have you got a google RB presence.

Google your name, and regardless of position does a RB page appear

I think he means googling your actual name, not your RB handle.

But so many ways to do the name, and another chemist with even the same middle initial is somewhere in the Midwest! And there are so many of me:

A robbery suspect believed to be Brian Lipp, was shot and killed after a Toledo Police pursuit and crash on I-75 that left one man dead.

Eat your heart out, future employers.

Jow is apparently a word for the ringing of a bell. Also its a unit of measurement in India. If you google my real name you get someone connected to the New Orleans based Mafia

My real name is far too common in English language countries and there are several athletes, professionals, and other famous people who share it. You’ll likely find one of them however if you’re in the UK you’ll find my actual website at the top by virtue of me owning the domain name for the past 15 years I’m no longer surrounded by famous people and have fallen into obscurity. Yay for anonymity!

Googling my username I see my RB profile 3rd, some random forum posts, some random gaming websites. Some are actually me, most are not.

Not in the top 5 pages of google. Wouldn’t expect to, as my real name rarely gets mentioned. Not that I attempt to hide my identity, a search for my nick will find my real name trivially.

Then a disturbing page from Sweden that reports my birthday, the size of my flat, that I live with a woman of different age than my real wife, and that I earn less than a cashier at the supermarket

No mention of RateBeer when I Google my real name. BlackHaddock however does, plenty of pictures too if you click on ‘images’, top bunch are mostly me with the wife or friends.

Nothing for my real name either, but I’m happy to share my RB name with a Distributor Rotor: 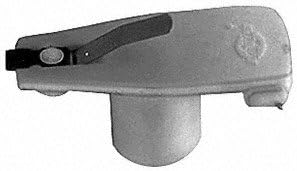 I share my name with a fish dish, wish I was a Distributor Rotor though.

I share my name with a fish dish, wish I was a Distributor Rotor though.

Yeah, being a Distributor Rotor is underrated these days, I think.

It looks like my RateBeer profile was used to lead an article about the release party for a Brussels Beer Project beer (Ste Kat’) by the Frankfurter Allgemeine Zeitung. Apparently the German press considers me to be quite the expert

I am the Shermanator! Far too many hits for that to get down to anything actually connected with me.

Chris Owen (born September 25, 1980) is an American actor and photographer. He is best known for his role as Chuck Sherman, a.k.a.The Sherminator in the American Pie film franchise, appearing in American Pie, American Pie 2, American Pie Presents: Band Camp and American Reunion. Aside from Eugene Levy, he is the only actor from the theatrical features to appear in the "American Pie Presents:" direct-to-video spin-off movies. Owen was born in Michigan but moved to California with his family a...

Welp, mostly me, beer related, on page 1 and 2 with a few references to other people with the same and surmame.

Well, there is none of me, except me. But the only link to ratebeer is through my facebook page. Somehow I have neglected to put it in my linkedin page I’m afraid

And my handle brings up a bunch of movies, the top on the list being a Hindi movie!

8th listing, FB, only when I include Casper Wyoming.

I don’t have a common name so I got tons of pages. My work leads to a lot of internet stuff. Pics as well. I once found my cell number online and had to get it deleted.

Not my RB page, but my Beer blog comes up on the first page. The only result for my name that belongs to me.

Boldly going into the spaces between the bubbles!


But my user name yields a lot of law firms specializing in alcohol trade law with a McDermott on the masthead. And Dylan McDermott, whose real first name is “Mark.”
next page →