How much are you paying for UK class IPA/DIPA?

I bought 7 cans of top notch UK (Cloudwater, Verdant, Magic Rock etc) IPA/DIPA at the weekend, And I didn’t get much change out of £50. At least I got a 20% discount.
And yes I really enjoyed each and every beer. Don’t get me wrong, I liked them, I didn’t feel ripped off.
But
Are beer prices creeping up a bit too much?
What are you paying where you are?
Is Cloudwater cheaper in Manchester?
No negative vibes, just interested in other Rater’s experience.

Can pick cans of Cloudwater for around £6-£7 in Guildford and Burpham. Verdant was about £1 cheaper. Northern Monk similarly priced.

I do most of my sourcing online but definitely notice London-based shops adding a few extra quid on their prices compared to those based elsewhere.

Deya, Verdant, Northern Monk, Magic Rock and Cloudwater are basically my top 5 UK breweries so I frequently buy their cans, I find them all roughly selling for around the same price, £4-£7 depending on ABV from their respective sources. Deya being the cheapest (also their cans are 500ml rather than 440ml so you get a little extra anyway). Bottleshops usually adding anywhere from 10p to £1 or so on top of that. London prices are always more than that.

I feel the same way, I really enjoy almost every beer I drink from these breweries. I don’t necessarily feel ripped off but it’s definitely become increasingly commonplace, my wallet/bank account definitely feeling it.

Can pick cans of Cloudwater for around £6-£7 in Guildford and Burpham. Verdant was about £1 cheaper. Northern Monk similarly priced.

And do you feel you get value for money? Are you happy to pay that price? Is an IPA as good as a decent priced bottle of wine?

I feel the same way, I really enjoy almost every beer I drink from these breweries. I don’t necessarily feel ripped off but it’s definitely become increasingly commonplace, my wallet/bank account definitely feeling it.

u
Yes, I tend to agree that in the past few months, I find the bill that I am facing is starting to make me question what I buy. It used to be whatever for a rate. But I am now starting to think, “is this worth it?” Or is this just another symptom of the bigger/better choice of beer that we have?
I mean if someone had given me the last Cloudwater IPA I’d just drunk during my first year on RB I’d have gone ballistic over it. Now there is a lot of good stuff out of there. but is it worth a 100% increase on a “normal” beer. Pint of Oakham Citra £3.40 in Kent, a 44cl Cloudwater IPA at £7.00

I think this is probably more what I was expecting from a Manzanilla than this . This is light, fresh tasting and 15% alcohol. It's always...

I love this sherry. And it’s cheaper than a new class IPA/DIPA. And twice the ABV.

There is a bottle in my fridge.

Beer? What’s going on for the common man?

And I’m incredibly un-common I know.

For me personally, yes. I do enjoy them that much more. So given £7 to spend I’d 100% always choose one Cloudwater IPA rather than 2 pints of [any “normal” beer]. And again if comparing to wine or any other beverage, I’d still choose the beer if it’s just for me and I don’t have company to share with.

What you say about bigger/better choice of beer these days is a good talking point even if not taking money into account.

I will admit I am addicted to buying beers just as much as I am to drinking them. I want to drink EVERY new beer from all those breweries we just mentioned. However I am now seeing that with the frequency of their new releases, coupled with even more brewers stepping up their game (and charging similar prices) that it’s forcing me to become far more selective. I can no longer mindlessly buy every beer that comes out, I have to actively choose not to bother with some as it’s just getting impossible to keep up.

Cloudwater in particular are a problem as they release 4-6 new beers every damn week now. The iterative tweaks seemingly becoming more minor too, so they are the first “casualty” of my selectiveness. Don’t get me wrong I still LOVE their beers, but some feel too same-y now, and unless you live local and can drink thirds/halves there every week it’s just too much to keep up with the cans.

I know that i am known as a The Kernel fan, but I don’t see their IPAs price going through the roof? Or BBNo either.

Don’t get me wrong I still LOVE their beers, but some feel too same-y now, and unless you live local and can drink thirds/halves there every week it’s just too much to keep up with the cans.

I hope that when they open their Bermondsey place in the Autumn I can get their beers in thirds.

I know that i am known as a The Kernel fan, but I don’t see their IPAs price going through the roof? Or BBNo either.

That’s a good point. I wonder why that is? Both make great beers with incredible consistency, but there never seems to be much fuss around them (aside from BBNo’s canned special releases which ARE priced far higher than their usual).

I still can’t bring myself to pay much over 4 quid for a beer to drink at home and indeed, rarely do. CW is a good example and one of my favourite breweries.

I really enjoy their DDH pales and at £4.50ish a can I think they are reasonable value. I’ve not bought one of their DIPAs since they moved to 440ml cans as £6-7 quid is too much for a single beer in my opinion, regardless of quality. I do get them on tap when I can because £3.50-£4 for a third is more palatable to me (even if the price per ml is more).

From what I’ve seen the CW prices at their Manc Barrel Store seem very reasonable so I’m very excited about drinking at their Bermondsey taproom.

Similarly to CW I’ve really loved the Verdant beers I’ve had in the past but £6+ a can is too much for me.

Generally I prefer to drink pricier stuff on draft. For e.g. I went to Stormbird on Saturday and four thirds set me back £9. Price per ml is insane obviously but I got to try four strong, quality beers for less than a tenner, which is okay in my book.

As Ian points out, the likes of Kernel and BBNo haven’t significantly upped their prices which make them way more attractive to me to buy to drink at home.

I’ve seen cloudwater DIPAs on sale for £9 in London. I also enjoy a sherry Ian- and it’s far better value for money. Not a fino man myself though.

Not criticising beer pricing but like any consumer I’m always looking at opportunity cost as I’m not made of money and there’s a limit on how much alcohol I can reasonably consume. In practice it just means that I’m becoming more inclined to drink beer in bars/pubs - which is good for them but bad for local beer shops I would like to support - and drink port, sherry and liqueur at home (As well as the odd beer).

Also I think it would be worse if I was a completist for modern releases, but many of them are similar so I feel fine ignoring things that don’t score above 3.8 after a few ratings. I’m a fuddy duddy at heart so I’m happy ticking away cask ales in spoons at £1.20 a half. Also, at least Kernel is still cheap! (If very hit and miss these days)

My only problem is brand new brewers that have barely got the keys to their railway arch, charging megabucks for a milkshake / smoothie IPA with cartoon label. I’ll happily pay for an experienced, skilled brewer’s IPA but some kid charging a fiver for what is essentially homebrew? Nah

My only problem is brand new brewers that have barely got the keys to their railway arch, charging megabucks for a milkshake / smoothie IPA with cartoon label. I’ll happily pay for an experienced, skilled brewer’s IPA but some kid charging a fiver for what is essentially homebrew? Nah

Very much this. There are certain new UK brewers that I have decided to completely veto. I’m not sure whether the issues they have is down to poor brewing, or poor packaging practices, but either way I’m fed up of spending six quid on a can of brown, buttery crap.

Frosty Jack costs more in Scotland. The Scottish people are victimised much the same as hipsters are.

And soon to be even more expensive (along with high boost craft stuff): 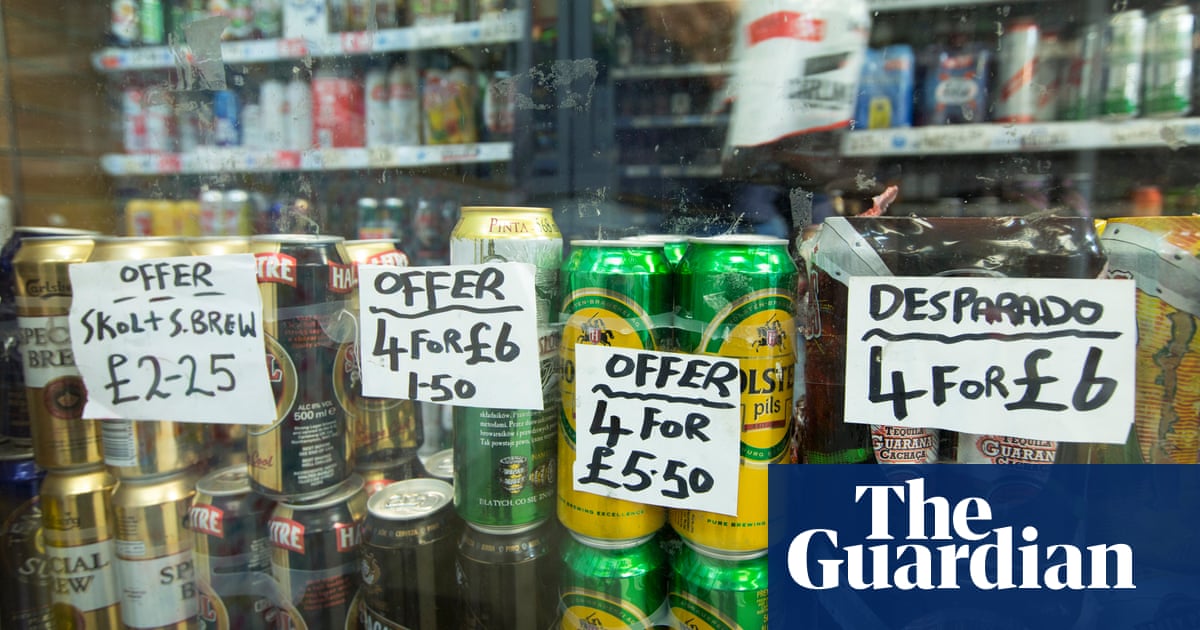 Effect will be noticeable at the till on 1 May, but some question if policy will help prime target

Kernel beers are cheaper to produce, they don’t have hopping rates of 25g/L like some of the more recent breweries I bet its not above 8g?L. Kernel are pretty old school not saying that’s a bad thing but their set-up would not be able to produce the juice bombs that people are looking for.