Is Craft Beer Burning Out?

A part of the current new craft drinkers is trend-follower/hipster. Nothing wrong with that, but they will move on and that will have it’s effect on the market. Just as will happen with gintonic.

Seems like most new craft beer drinkers go down this route in the beginning then get bitter and old in the game. I tend to avoid gimmicky beers most of the time unless the ratings dictate I really must try them. Though of, course, a tick is a tick when nothing else is around. I guess I just mean there are so many ticks available at a given time these days that I avoid the key lime goses and white stouts when I have better choices.

Of course, I also avoid classic styles I never really like such as Viennas or brown ales.

On another note, us tickers are responsible for this in part. I’m one of those types who will often go for the unticked beer I know will be shit just for the rating rather than a solid beer I know is good and which I love. And give the popularity of Untappd, there are tons of people out there like me.

One point I would critique in the article is that it is assuming people are chasing hype rather than drinking local. Quite to the contrary, I think people are chasing local hype. In NYC, i could probably taste/rate just as much as I currently do and never drink a single beer made outside of the boundaries of the city. If anything, I think this is making people more local oriented, as they are not as often chasing some IPA made in San Fransisco, as they are getting the lateat instagram-hyped beer from their local brewery. Obviously, this is more true for people who live near hype factories (Miami, NYC, Boston, NoVa, etc…), but I feel that the assumption was sort of off base.

I agree with this. In the D.C. area many better localish breweries have popped up in the last few years, so I choose the local drafts more often since I find Aslin just as good as Trillium or Tree House.

As far as I know Yuengling is still the biggest “craft brewery” in USA. According to ratebeer, in the last 10 years they have introduced exactly 5 new beers!

The monks at Chimay, Westmalle and Westvleteren aren’t exactly pumping out hazy triple dry-hopped IPAs by the keg either.

I take it back. Everyone is right about burnout. See below: 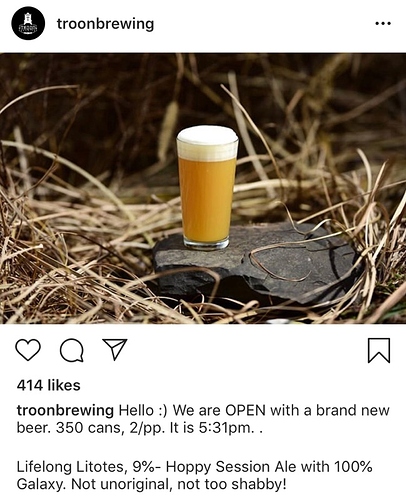 As someone who also is part of the D.C. craft beer scene, I’ll agree with much of that.

While I would say that Trillium and Tree House are probably are more consistent in their quality (from what I’ve had), I’d rather be able to get something local easily than go through the hassle of having to search out or trade for something not even sold in the region. Some might call that settling for an inferior product, but the extra little uptick in quality isn’t worth the chase. Easier to get Ocelot or Aslin beers (despite my previous criticisms about the number of “different” IPAs being churned out)

It’s been too hard to keep up with breweries far away from where I live, and by shifting most of my focus to drinking “local”, I’m able to better understand a brewery’s “portfolio” and brewing style a lot better than some random beer that doesn’t even get distribution in the area.

And as far as Craft Beer burning out I wouldn’t be too awful worried about it. Sure a lot of funky brews will come and go (you know what I’m talkin bout) but your base beers will always be around, (you know what I,m talkin bout) this cannot be stopped. All the nifty beers just make the ride that much funner!

That’s one thing I don’t understand. Seems to me both classical or new hyped styles are more available than ever.

Other thing is people hating hyped styles but still visit breweries and attend festivals which offer such beers.

In both cases - why not stick to the things you like?

Yeah, 350 cans is actually pretty insulting. Assuming 2pp, probably only about 250 will probably even get the beer.

A not insignificant number of those people getting 2pp will turn right around and put it out in the grey market.

Interesting seeing this thread from January, and we seem to be mulling the same condition. That begs the question… can craft beer just sit here forever in this state? We still haven’t seen any solutions to this state like new styles, creativity, market shakeups, breweries bucking consumer demands, etc.

So what’s going to happen? 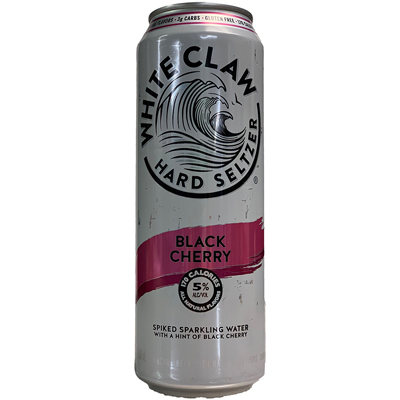 I know you’re probably joking but two new cideries opened up near me in the last few months. Both have been packed pretty much since they opened.

It’s a market that should have probably been tapped a lot more a while ago.

I’d totally dig that. The quality level of new Cidreries around here is mostly top notch, whereas most new breweries are on the drain pour level.

I know in some circles the hard seltzer craze has become something of a joke/meme, but the demand is real. Probably half of the alcoholic beverages my friends have consumed this summer are these things. Many of them would be considered “craft” beer drinkers.

Sorry to hear about their luck. My craft beer drinkin friends laugh at it. Can you say, Zima?