I am looking for fridge that has large storage capacity?
Any recommendation?

I actually have 2 dedicated beer fridges each with a different purpose.

There’s the “keezer” which is a modified Danby chest freezer. it has a Johnson Controls Temp Controller on it and I used 2x6 pine to mount up draught lines. I store some beer in there but it’s mostly kegs. the downside of this for bottles is you can’t really put a lot of beer in there. You could on the bottom put lambic then put wood on top of that then stack upwards that way but then you made it impossible to get to the stuff on the bottom.

Here’s details on that build - https://adamchandler.me/blog/2014/08/01/new-kegerator-build-complete/ done in 2014, still going strong. Those Johnson Control temp monitors are great. They have a fail-safe that if the electronics fail, they cut power to the freezer so you don’t have bottles frozen in there . some controllers when they fail, your beer then freezes.

Second option is an upright freezer, same Johnson controls added. I like this one for storing bottles and it’s always chock full. The way I manage inventory is I just put my oldest bottles in there or bottles that don’t need age like IPAs. the colder the temp, the slower microbial activities are so you can extend the life of a beer by keeping it cold but if I have a collard bottle that needs to be drank in the next year, it goes in the fridge. I’d wager no beer stays in here longer than 6 months on average. 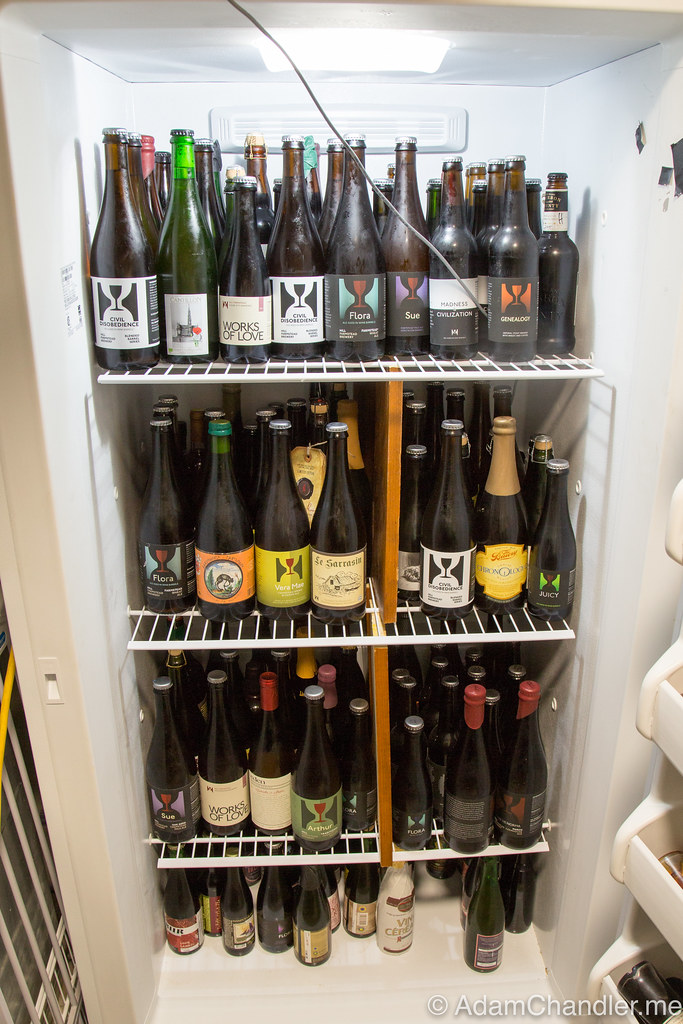 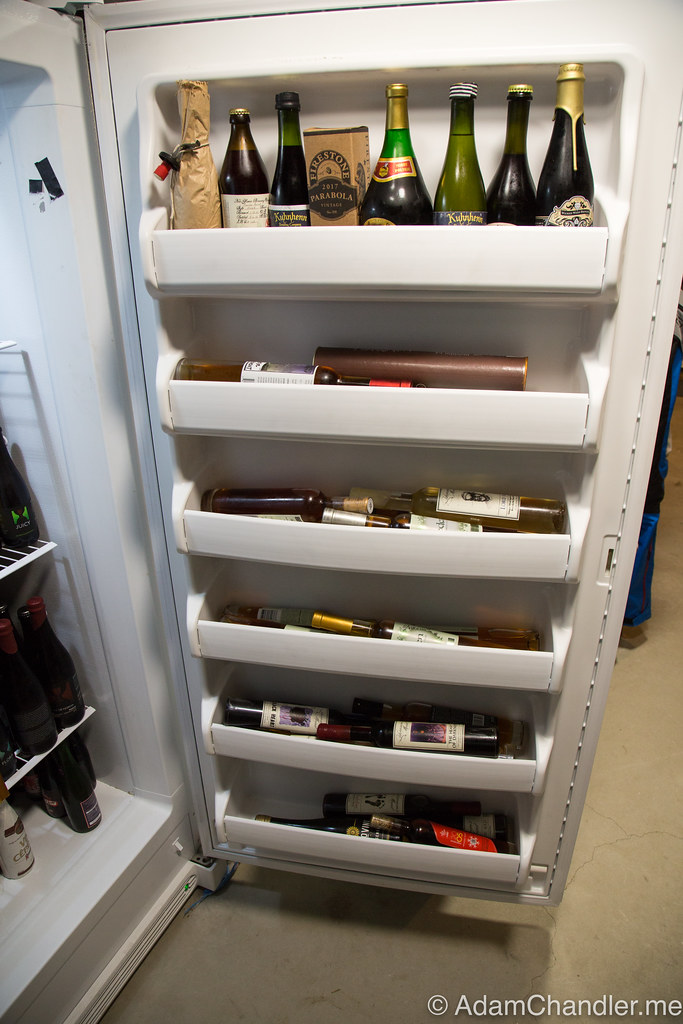 If you don’t have any kegs or Draught ambitions, get an upright. Get one that is the most energy efficient possible. Fridge compressors get less efficient over time so at some point, it’s worth replacing not because it breaks but because it really starts to impact your electric bill.

based on my home electricity monitoring app, the kegerator costs $22 a year to run and the upright is $24 a year. By comparison, my fridge in the kitchen which is only a year old and just holds food costs $8 a year.