Didn’t notice before - but RB turns šđćč and suchlike to s,d,c etc. in place ratings.

What are those funny signs? Are you trying to say that some people here write place reviews in languages other than English?

Are you implying that languages other than English exist?

So Northern European languages have special dispensation for special characters? So thread title should indicate “kill off some non-English characters”.

I think it is about time USA finaly discover that there actualy is a world, infact a much better wrold outside USA.

I think the main issue that some programmers several decades ago had no idea about said world, complicating things for (some) future programmers.

I can agree with you when it comes to language isseus, but they totaly fails in simple queries like counting beerstyles, counting beer, and so on for user statiastic on my… pages as well. that can not be excused by language. And the change in styles back and forward, up and down splitting, adding together, changing mind, changing cosmetic name changes and all that. You could have any child in kindergarden to organize and struture and plan that better.

Hi everyone, thanks for letting us know about this issue. We are currently investigating the issue. We’ll let you know when we have a fix for this.

Also, it seems that characters were retroactively switched to accent-less ones in reviews that preceded the new page design (reviews from 2016 for example). Could be wrong.

It seems (at least some) non-English characters are being replaced with question marks. For example the ș in Chișinau has become a ?:

Can confirm now that ř and ň are being killed too. í surprisingly isn’t.

The issue also occurs in the “Description” field for places.

ř and ň are being killed too. í surprisingly isn’t.

My surprise lobe isn’t yet awoken given that bit of info. Are any in this list nuked, and any not in it preserved: 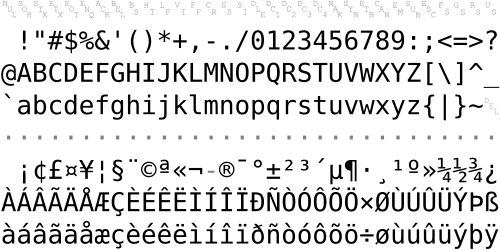 An expected anomaly is Đđ, where the capital exists (as it’s in Latin-1), but the lowercase doesn’t (as it’s different from the Icelandic lowercase of that :)).

Nothing from Latin-3 that’s not in Latin-1 exists, likely for Latin-4 as well.

Sooo basically someone got to doing this, did two letters and said fuck this shit.