Ah but what about Gala Pie? Pork Pie with an egg in, pure luxury.

I love pork pies and agree with those who suggest treating it too a little mustard.

They’re also much easier to make than you might think. I tend to use this recipe (see below) and it’s always worked a treat. Btw I never use gelatin, not because I don’t like it, in fact I don’t have a view on it either way, it just doesn’t really add much in my opinion. 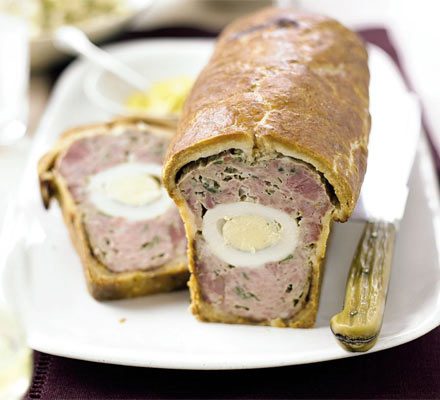 @Fin, have you noticed that Germans don’t do pie’s?

The most pastry you’ll see is on a lattice fruit tart, they like to see what they are eating and a pie crust is alien to them. Offer a German a UK style pie and they will lift the lid and look inside!

Yeah you are right, I’ve never really thought about it, but yeah, they’re not pie fans. Having said that when I’ve made a pork pie and taken into work, they’ve been very impressed.

It’s not just Germans thar don’t do pies. In fact which mainland countries do offer an array of pies?