Ok chaps, I am going to step in with this stat attack business. Big thanks to everyone who has contributed thusfar.

I’m going to go by the Most Difficult Countries to Drink list in ascending order, minus the countries that have already been covered. So, next up is far-away Brazil in 207th place

Here on RateBeer 6,625 users have rated at least one beer

Brazil, or República Federativa do Brasil as it is officially known in the local language, is the world’s fifth largest and six most populous country. This South American nation is probably best known for its natural diversity, home to both the world’s longest river and largest tropical rainforest.

What else do we know Brazil for? Well, there’s football

(or soccer as the Americans would call it), with Brazil having won the World Cup

five times, more than any other nation.

Brazil is also known for its fine weather, colourful carnivals

Outside the Anglosphere, Brazil is also known for its soap operas (having lived in Eastern Europe for more than a decade I have seen a few myself).

Anyway, enough about that. What about the beer?

To get into the Top 50 Raters of Brazillian beers you only need to clock up at least 69 ratings, which is probably a reflection of the global availability of Brazilian beer.

Our top rater, with just over 1k Brazilian rates, is @danielyabu, who also appears to be local and has ticked off an impressive 24% of the database, and 15 out of 27 of the country’s regions, which is currently the top spot. Good work Sir.

The top raters residing in the country are as follows:

Cheers for taking on the ‘challenge’ of the Weekly Stat Attack. I hope you have as much fun as I did watching the replies.

My Brazilian beer total is only 9, from 4 of their regions.

Not a great advert for the countries beers, but a reflection of what you can find in the UK. I have never been to Brazil, or any other South American country (OK, The Falklands a couple of times), no plans to either.

I have a whopping three ratings from two regions, all of which came from the venerable Beers of Europe.

Every so often a local bar here gets in a couple of Brazilian impy stouts, but I am not mad/rich enough to fork out the equivalent of £40 for a single can/bottle, despite my general interest in region ticks and exotic “stuff”.

Haven’t been to Brazil either. One day, hopefully.

Thank you for continuing the series!

Three beers from three breweries from two regions is not very impressive. But not many Brazilian beers in my neck of the woods and never been to the country.

To my surprise I have drunk a Brazilian beer. Japas Matsurika. And it’s a Pilsener lager, which given my usual preference for any other style, means I must have got it for the novelty of having a Brazilian beer.
For people of my generation, seeing Brazil win the World Cup in 1970 re-defined football. We all practiced our banana-kicks!
Never visited, but all I know who have, loved it.

I’ve had 7 rates from 3 regions so lots of runway to get my total regions up here. The city/town next door to mine has a large Brazilian population I wonder if a market would have some regional lagers available. That is why Jacks Abby started making their Brazilian fruited lager a standard offering. 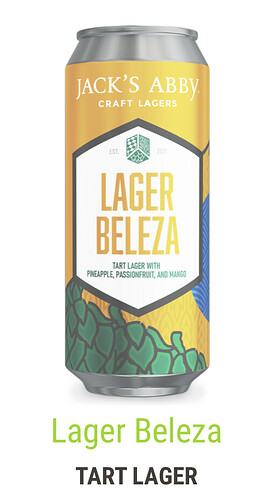 Ive had a few fruited beers from Brazil using interesting fruits I’ve never heard of. My cousin was working on a documentary and was in Brazil for a bit and I was going to tag along and just hang but timing, visa requirements and price didn’t work out. As a list completer stats person I of course want to visit all 7 continents not been to South America yet so who knows but other countries higher up if I had to choose. Do want to visit Amazon though if they stop cutting it down.

I, for one, welcome back the stat attack. Even though this week I have very little to contribute. Never been, never seen a draught Brazilian beer, got hold of a handful through Beerdome when that was an option taking my total to 27. Some good stouts and sours among them, would like to go one day… but, as ever, so many places, so little time…

Currently with 69 Brazilian beers across 37 Brazilian breweries across 9 Brazilian regions, Brazil is my 23rd most rated country.

Until about 2020 I had probably only had a handful of Brazilian beers, but for those of us in the EU we have been blitzed with loads of Brazilian beers from many new breweries via the like of Beerdome etc over the last couple of years. We also had the Brazilian brewer Spartacus at MBCC this year with some great beers. Overall (despite a few duds) the quality has been very good.

My top 5 most rates breweries are as follows…

Well, who cares who many Brazilian beers I`ve tried. (About 15, I guess)
What I have not done:
Visited Brazil and ratet places
Brazilian waxing
Danced Samba

This is going to be quick as have never been to Brazil and only have 1 rate:
Xingu 3.1

In terms of ciders, there are only 3 active cideries, and each only has 1 entry!

The top raters of Brazil ciders and cideries are:

Just the 2 for me, adjunct lagers from Amazon Beer courtesy of Beers of Europe back in the day. So just the 1 brewery and region obviously.

Jealous of those in the EU right now, as Desverger mentioned already Beerdome regularly import some quality Brazilian craft. Would love to get my hands on a few at some point.

Oh I’ve had Brahma as well. Except it’s the one brewed in Belgium or wherever so it doesn’t even count as a Brazil tick. Sad.

7 for me. When I had my first Covid jab the centre was in a part of Woking I never go to. Spotted a Brazilian/Portuguese shop - Brasiliero is a small chain of 6 or so shops in London and Surrey. So 6 ticks from there.

The one thing I do need to do is go to the Brazilian BBQ that’s opened nearby but that’s more scran than beer related.

Brazil is my 40th most rated country with 120 ratings.
The low average score of 2.42 is explained partly by visiting parts of Brazil where macro lagers were dominant, and partly by that European beer importers seems to focus on crap styles to which I give low ratings.

Visited twice - once for work in São Paulo region and Rio de Janeiro, and once as a tourist in the southern parts of the country. Both 15-20 years back. There are plenty of reasons to go back!

My highest rated beers are:

Until now I have only ticked of 11 out of 27 regions, with nearly half of my ticks being from São Paulo.

Until we reach Uruguay, this may be my only win for cider. Rural supermarket and petrol station shopping finally pays off

Never been to Brazil. My brazilian beer total is 30 from 6 regions and 18 Breweries.

I have had 8 Brazilian beers from 4 Brazilian regions.

Most of these have been shared with @BlackHaddock, three were brought back from Brazil by a friend. The others picked up here and there.

Never been to Brazil. Seems like such a huge place I find the thought of planning a visit a bit daunting, but like any country I’d love to experience it one day.

My #19 most rated country, with 19 ratings (a pleasant numerical coincidence!) from 5 regions which is more than I would have expected. I had forgotten that Brazil was the featured country at the 2013 Mondial de la Biere festival in Montreal.

I have a very inglorious zero rates from Brazil, have never been there and am doubtful I ever will (too many other places ahead of it). I shall endeavour to seek out a country tick (seems like Brahma will not count), just because. Oh, and Pele. And Copacabana (therefore indirectly Barry Manilow)

First and foremost, a big thank you to @YantarCoast for taking on these threads.

Sadly this one won’t be one of my finer stat attacks. I’ve never been to Brazil and (as Brahma doesn’t count) I’ve got no rates yet. Must get around to picking up one of those Amazon fruit beers at some point to make my map more blue.

On the other hand I have eaten a lot of Brazil nuts in my time. If this was RateNut, Brazil nuts would get quite a decent score - although they’d still trail behind pecans, macadamias, cashews, pistachios and coconuts. But they’re definitely better than bloody almonds.

I’ll look forward to all the comments saying half of those nuts are actually drupes or seeds or whatever.

Just bought a Brazilian beer thought ya’ll like to know. But from a brewery I’ve had prior so no real movement to stats other than 1 more tick