Have visited Poland many times in the Gdansk/Gdynia region, mostly through my work (was visiting 3 or 4 times a year pre covid) - but always had plenty of time to enjoy the beer post work. Really like the contrast of the brewpubs/bars in Gdansk and the historical old town area, and Gdynia in the summer months with its brewpubs/bars on and around the beach.

Poland comes in at 11th for country ticks with a total of 387. As per above since covid, rates were drying up until i found the excellent online bottleshop “Piwne Mosty” - so try do a order every few months. Favourite brewery is PINTA, loved their recent “Hoppy Crew” series, but also their new PINTA Barrel Brewing project, one of the beers of which called “Immensity” is my top rated Polish beer. More recently also been looking out for Matlgarden and Funky Fluid. Here is my top 5 Polish rated ticks…

I’ve visited Poland twice, in 2001 to Krakow, and revisited again in 2010 when I found that fine city very much changed. I also ventured to Zakopane & the high Tatras mountains that more recent trip, we were rewarded with a huge overnight snow storm with made the mountains very spectacular even more so as it was the 3rd September!
I’ve only had 8 beers from 4 regions - Stu Mostow / Jopen Vanilla & Chocolate Hot Scotch Ale is the only stand out beer at 3.4

decided to check my records to see if I’ve cleared the regions… I have, including the elusive Holy Cross (świętokrzyskie) thanks to Dwoch Braci… but Opole I’ve only had macro (Namyslow - Heineken owned) it turns out, so I’ll have to track down one of the few craft brewers, which looking at it may mean actually going there for a brewpub

That was a fun trip and top notch festival. 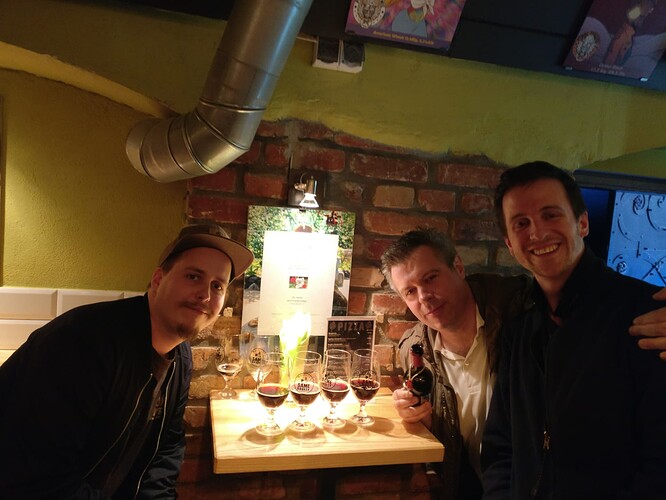 Good times … that photo with @Leighton @VsXsV and myself … seem to recall that was a really solid 4 scoring 5% hazey bois from some small brewer with just a handful of beers … was super solid hence us all wielding a pint!

Poland’s another country where my only visit was before joining RB, so no place rates for me. Beerwise it’s my 10th-most rated country with 16 Polish rates from 13 brewers in 11 regions - which is a very decent regions per rating ratio - many of which I have to thank Beer52 for.

My top rates from Poland all came from Beer52:

When we visited Poland we had one night in Warsaw (ugly), amd a couple of nights each in Krakow (beautiful) and Zakopane (touristy). Don’t remember what beer we drank, but I suspect it was industrial lager. I do remember though it being a particularly friendly country, and you generally ended up chatting away to locals in all the cafes and bars. My two main memories are:

I’m not sure when or if I’ll get the opportunity to go back (especially as my wife is terrified of flying). However, another of my friends has the unique claim of having “taught English in Hel” - a small town on the north coast which she said was very friendly (albeit cold), Maybe I’ll go to Hel one day!

Thanks to Honestbrew tonight I have my 998th, 999th and 1,000th Polish beers, thought I was gonna have to wait til I get back there…