I have two advent calendars this year, the Costco and one from my local craft beer store. Here’s the first three days. Costco is all German stuff, other is varied U.S. stuff. Only real dud so far is the dreaded Great Lakes Christmas beer which shows up every year in some form to plague me. 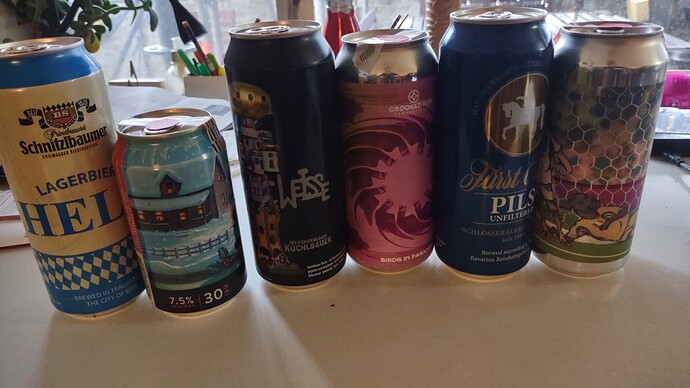 I still want to try that costco one every year, can’t find anyone with membership nearby. Feel free to grab one and drive up to Boston and give it to me I’ll buy you a beer. Thanks

No need for a second thread, we already have one:

Which for some reason I can’t link too… 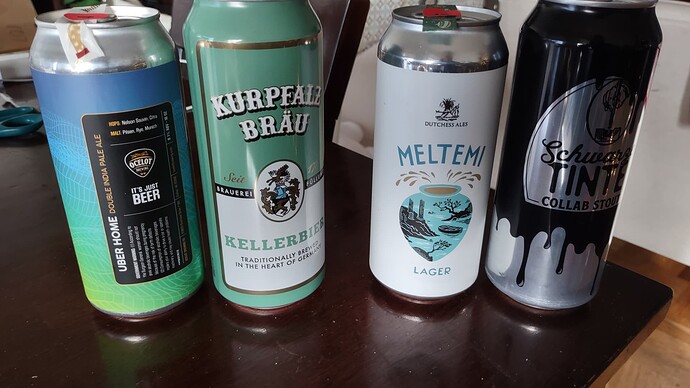 Are you opening them in order? Had to check the date on mine (2022) because we’re not matching if you are. In the past they’ve lined up well enough.

No not at all. I have two calendars and not drinking them all every day. So the photos are a few days late and not rating them all in order.

In early October this year, I came across two different beer advent calendars the same day, at Sam’s Club and at Aldi’s. The Aldi’s advent calender was 24 different varieties all from State of Brewing, near Madison, WI, which currently brews many of Aldi’s regular beers, but it cost $48, or $2/can, which is well above the going rate for Aldi/State of Brewing. The 24 cans at Sam’s Club cost $32 and simply said “craft beer, made in the USA” with no mention of the brewery. The fine print said Monroe, WI, which means Minhas Craft. I bought it anyway, and rated all 24, pretty much in order, but 2 or 3 per day. 'Twunt wuth it! By Thanksgiving my Sam’s Club still had almost a full pallet of Minhas advent calendars, and marked them down to $16, which was cheap enough to allow them to reclaim the space by the start of advent season.

I saw that Aldi State of brewing one. Was like shit this is going to be a flat of hot garbage.

I’m going through the Aldi one now, albeit several weeks late. I’m not impressed…

State of brewing one?

Yup, that’s the one.