My brother is going to Portugal, and I was wondering whether there are any must hit places in Lisbon or elsewhere.

Also does anyone know best spots to have him buy me Cabo Verde or Mozambique ticks? Or any other obscure country ticks for that matter.

Also does anyone know best spots to have him buy me Cabo Verde or Mozambique ticks? Or any other obscure country ticks for that matter.

Cantinho do Aziz, an African restaurant in Lisboa, is the answer for Mozambique. 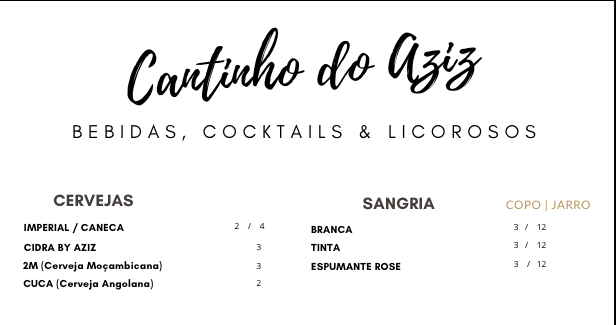 Cabo Verde could be found occasionally at “Auchan” Supermarkets. 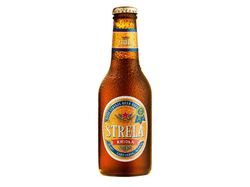 Would the restaurant do to-go?

Cerveteca, the top rated place is a good spot. Duque Brewpub in the centre is decent, lots of their own, a few guests big can fridge and tasty bites. Those are my top suggestions, but crafty corner and beer station are both good too.

Would the restaurant do to-go?

I guess so…they do take-away services but if you want to be sure, you may contact them via e-mail:
https://cantinhodoaziz.com/contactos/

If they do, you should get him to buy me that Angolan beer too

Looks like Auchun sometimes has it as well, but it is out of stock on their mail order site.

There used to be a good number of Portuguese ex-colonies ticks here:
https://www.ratebeer.com/p/museu-da-cerveja/28093/

But now is under a new management and I think they are focused just in Portugal nowadays.

That’s where I paid about 7 euros for an Angolan tick, only to see it in corner shops for a few euros

Yep, tourist trap. They also got me 3 years ago

Looks like they have a load of different beers these days!

I have been a few times to Lissbon. For me there are two must visits for craftbeer lovers:

Probably the best brewery in Portugal by far and Musa Brewing is also just around the corner. Second:

Catraio was the best beer bar in Porto when I was there a few years back. A fun spot to stop through and sample stuff, but most Portuguese beer I tried was quite amateur and unimpressive. I think if I lived in Portugal I would tend to gravitate towards wine.

Just the question I was about to ask and you already started a thread about it. I’m going to be in Portugal starting on Monday, possibly dip up to Galicia.

If you finally made it to Galicia and want to share some beers in Santiago, just send me a message.

And if you are around Porto this weekend, check this out:

That looks awesome, I’ll definitely hit that up one day at least. I may make it to Santiago, I’m not sure yet. I have a friend in A Coruna, but he also said he might meet me in Santiago, so I’ll see. Looks like both those towns have pretty good beer scene.

Beer wise, A Coruña is much better.

Made my way into the top 50 Portuguese raters already… Not that it’s a super competitive list, but more so than Mexico

Didn’t end up making it to Galica, maybe next time! BTW any idea how this should be listed in the database?

Rainha De Copos by Lisbon Beer Dept is a Stout - Imperial / Double Pastry which has a rating of 4.1 out of 5, with 50 ratings and reviews on Untappd.

Lisbon Beer Dept. seems like an agency, so pretty sure this beer was brewed somewhere else. The woman at Lince where I had it didn’t really know, she said that various breweries made this beer sometimes, like Musa, or Dois Corvos. At Musa, meanwhile, they said that it was either brewed by another brewery they just bought/merged with that I can’t remember the name of? (Musa also moved locations, which I’ll try to figure out in database).