How are we supposed to add a photo of a beer that’s already in the database? I can’t see any way to do it via mobile?

I really dislike the sliders. They’re supposed to speed things up but they are actually slowing me down.

Also, adding availability info: give us a clue on location please. There are lots of places with the same name.

Holy fuck, I’m just about done on here. What a bag of shit.

Me too, how to add photo now? I do not rate beer, but add a lot of new beers here in Norway.

Yeah!! Simple adding of pics has gone the way of the dinosaur. The new rating site is shite.

Why did you all take away the ability to easily add beer pics? Do you really want a slew of pics sent by email to, basically, waste your time? Just curious.

Yup. Wanted to add a pic last night and only saw the email for pic additions. That doesn’t work.

It’s not an option on the app either. What’s up with that?

Same here. Used to be fast and easy to copy the rating from Evernote (or similar note apps) on the computer, pasting in the rating field, clicking in the aroma field, pushing the correct number on the keyboard, TAB, next number, TAB etc… Using the slider crap will take 3 times longer…

Just for reference, lots of RB raters are not able to tell the difference between “Cask” and “Tap”, so even in English this probably adds more noise to the database than signal. (Case in point, Young’s Double Chocolate Stout, dramatically different beers, and rated in “cask” almost constantly since the only batch was made (and sold out almost immediately, obviously).)

The guy cites himself in order to support himself!?!? Philology was way less scientific back then than it is nowadays - that was quite painful to read.

Well then it’s not too dissimilar to the British RB users who add beers with nothing but “Keg;” in the description. Personally I’ve always seen this as useless because it does not describe the beer at all. At best it’s redundant since RB has had distribution info shown in one way or another since forever, and at worst it’s misleading as the implication is that the beer is only available in this format, when often, at least from what I see, it’s been packaged in cans/bottles as well.

Probably 9 times out of 10 whenever I’ve rated a beer described as “Keg;” it’s been from a bottle or can. A number of people have tried to justify this quirk to me since I first questioned it and none of the reasons ever made sense to me. And in cases where such distinction is actually relevant there is almost always a separate entry (for example all the beers with “(Cask)” in the name) so yeah, I really don’t understand it.

Also, before now it was common to simply write the serving format in your rating which is far more relevant there than in the description.

/rant. There’s more pressing issues to be complaining about I know, this is just a pet peeve of mine, and ultimately a very insignificant one.

Well, pain can be joyful? Or insanity is entertaining? Hope you enjoyed some sort of sensation looking at that!

It was interesting subject matter, so thanks for posting it anyway. I confess to deliberately hunting out and making connections that I cannot support, in particular with respect to beer-related words, but I don’t claim to be a linguist. It’s nice when locals think that I may have discovered an interesting insight, but it proves nothing. 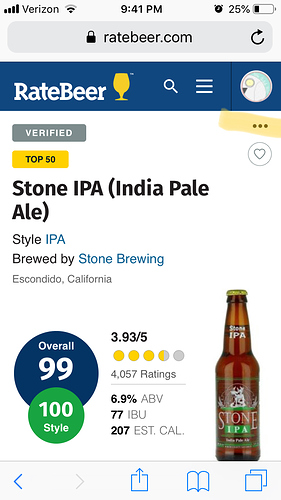 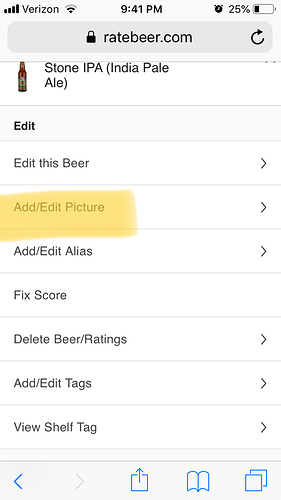 Not sure if that’s just an admin function, but I still see the ability to add photos. It’s been that way for awhile now, before the rating change.

The only way I’ve seen for instant pic ad is to include a pic when adding the beer (new beer to brewery). That works instantly.

The location section doesn’t work. Try typing in Red Lion and it just brings up the name of a pub, of wich there are hundreds. You cannot tell which Red Lion it has pulled up. In the far better version we had before you could find Red Lion and the town it is in.
I really hate the sliders, it now takes 3 times as long to rate a beer than before. Please can we have the numbers back.