Anyone know what's up with Stone?

Gearing up for a scrap next week. Didn’t ask for it. Yet, I’ve got no choice. So, instead of approaching the fight w reluctance, we’re going in w zeal. You have thru the weekend to select your popcorn, or gender-appropriate snack of your choice. Put dibs on the comfy chair.

If they’re selling out, I feel like he probably can’t claim he didn’t ask for it.

Some bullshit trademark lawsuit? It’s the land of sue opportunity after all.

I guess one of their beer-names probably offended someone because of gender stuff or racism and after the weekend they will be ‘outed’.

What on earth is a gender-appropriate snack?

How is popcorn gender inappropriate?

What on earth is a gender-appropriate snack?

It seems you missed the Lady Doritos flap. Partial credit.

With Stone, who knows? Perhaps they’ve discovered there’s no such brewery as Arrogant Brewing.

Possibly a lawsuit with Great Divide?

Time is likely running out for Stone to challenge this or the term Arrogant Bastard ends up in the public domain due to non-enforcement.

Wasn’t there a whole series of those with other breweries making Arrogant Bastard clones?

There was a whole series of collabs, not sure if this was one of them or not. 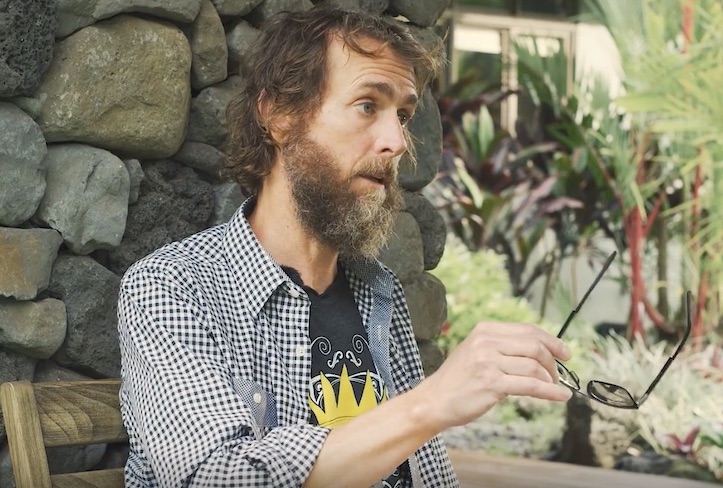 The Full Pint has just learned that Stone Brewing, based out of Escondido, CA will be filing lawsuit against macro brewing giant

When I saw him holding the can I thought: whatever.

Then I saw the marketing picture from MillerCoors (shown a bit later in the video) and I guess he has a point.

Trademarks and copyright in the US is hard to follow for me though (sometimes it seems like everyone is filing lawsuits all the time over there), so I’ve got no idea how this will play out.

Also the video is so dramatic (with the multiple angles and stuff) I’m not 100% sure it’s not satire.

Actually had this experience a few months ago. Straight up saw Stone only, checked brewery city and though Stone sold out and was contract brewing with Miller. A store employee had to correct me to look for the small “Key” printed on it. Open and shut case in my book. Which means it will be in the court system for years.

The video is VERY dramatic, and not a very smart thing to do if you are actually suing someone. Also not a good thing to be joking around about either.

Yeah, the video was weird, but Stone has a history of weird cringey stuff like that.

It seems you missed the Lady Doritos flap. Partial credit.

Pretty glad I did; there’s more important news to follow than a junk food company making a tone-deaf decision.

I think I disagree. The video was pure 1st-amendment-supported “we can put our opinions on this matter out there”. This is a civil case, in a matter which will be decided by opinion, not by evidential proof, opinions can be viral, I guess he’s hoping his opinion takes off. Yes, it mixed levity with a serious message, but I think it was appropriate for their intended audience. The “will-he-won’t-he” was a nice piece of suspence too. I can’t say I particularly like Stone beers, or Stone branding, but I can certainly say that that video made me respect GK despite any negative inferences I have drawn about his approach to beer.

The messed up thing about this is not his opinion piece, but in his (by proxy) official statement - the actual filing:
""" […]
INTRODUCTION

Since when did this become how lawyers communicate to a court? The personification, at length, of the Gargoyle - which isn’t even a gargoyle, it’s a grotesque - is inane. Ditto language like “awesome reputation”, “beers akin to watered-down mineral spirits”, “watered-down orthodoxy”, and “fizzy yellow offerings” come straight out of middle-school debate club, not professional adult lawyering. OK, it’s just the introduction, and they do grow into long trousers for the meat of the claims, but still, to an outsider (who admittedly has seen this on other legal documents in the last year or so, and genuinely wonders when it became /de rigueur/) this looks little better than “MillerCoors is a poopyhead”.

Edit: it gets very interesting on p.12:
In miller’s own words: “The packaging features […] a can that plays up the “Stone” nickname.” – http://www.millercoorsblog.com/news/keystone-light-new-look-15-pack/. I’m no lawyer, but even I know the difference between a registered trademark, and a nickname. And then there’s a section on the pushing of the single-word “STONE” designation in all kinds of marketting contexts. It looks like MillerPoopyhead (hey, I can do that, I’m not Greg!) have gone out of their way to encircle themselves with mines, and then fired a BFG at their feet with this one. I know Stones are not entitled to a windfall, but I hope Miller go ouch after this.

Edit2: p.16:
"58. In September 2007, MillerCoors applied to register the mark “STONES” with the USPTO for use in connection with Keystone Light (U.S. Serial No. 77/284,994). The USPTO refused to register the mark for the obvious reason that “STONES” was likely to be confused with STONE® when used on beer. The USPTO’s office action explicitly cited the incontestable STONE® registration as the basis for its refusal, putting MillerCoors on formal notice of Stone’s rights (in the unlikely event it was not aware of them already)
59. Tellingly, MillerCoors did not dispute the USTPO’s determination that its “STONES” mark would infringe STONE® when used in connection with Keystone Light. MillerCoors instead abandoned its application, admitting that confusion with STONE® beer was likely"
This level of stupidity should be punished.

Can he not afford a beard trimmer? He looks like he really shouldn’t be working in the food industry. (And yes, this is pure PKB, I admit.)